Rolland Golden was born in New Orleans in 1931. It was not until after his service in the Navy that he decided to make art his life. In 1955, he enrolled in the McCrady Art School at 910 Bourbon Street in the French Quarter New Orleans, Louisiana. (John McCrady was one of the most respected regional artist in America at the time). His school was in many ways like the old Bauhaus schools in Germany--- emphasizing the basics of art, drawing, composition, perspective, values and understanding colors and their effects upon one another. McCrady believed that creativity, if you have it, will come, and be built around a solid foundation. After completing two years of study his art career began.

He described his watercolor technique as hard-edged abstracted realism and was particularly committed to landscapes with roads in his work. “I am fascinated by roads, he said. They are these man-made elements running right through nature, and they are totally foreign to what’s around them. To me they have their own kind of beauty.” 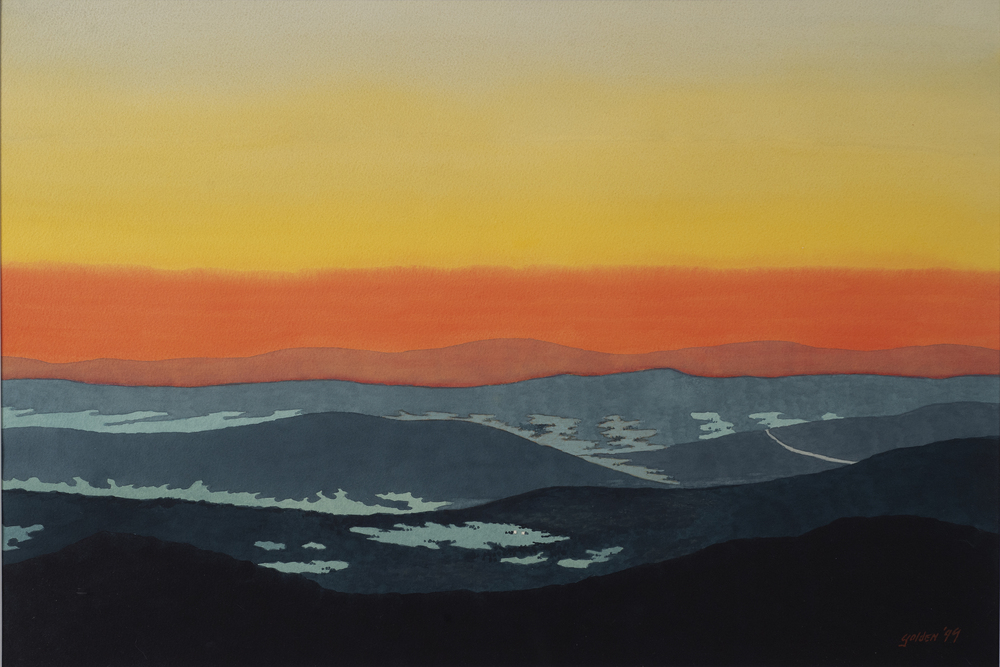 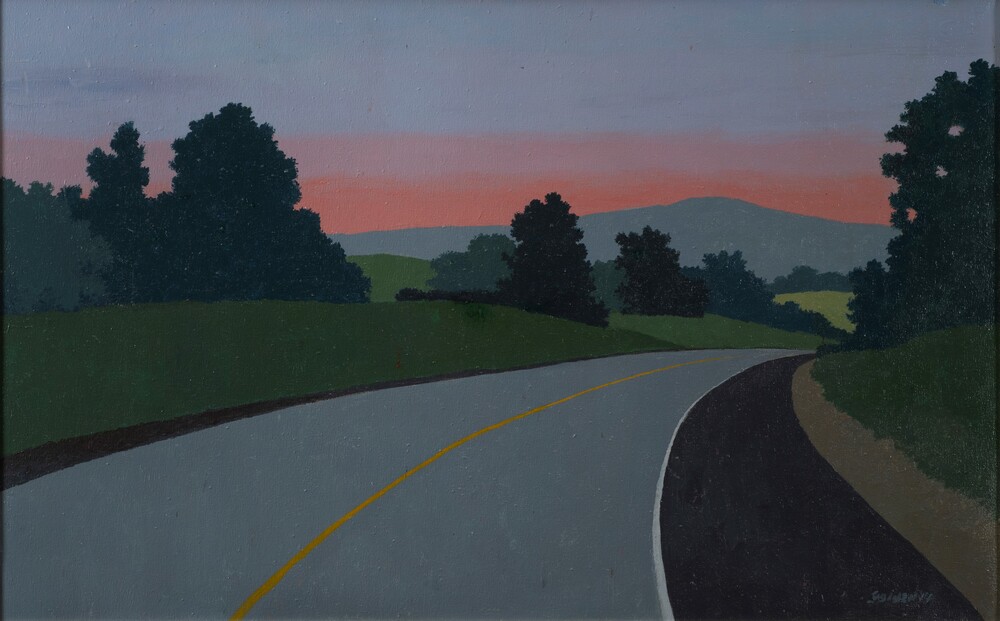 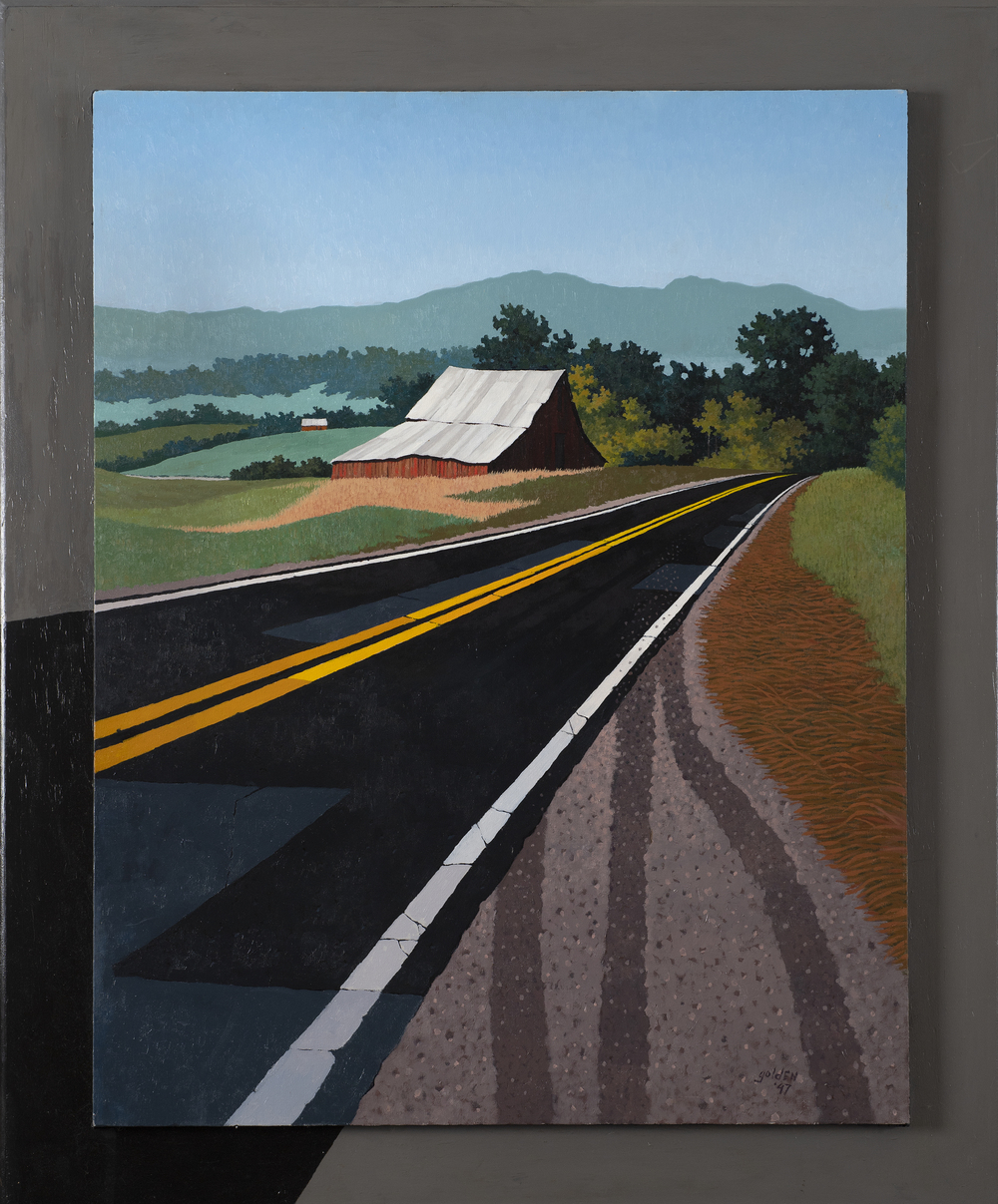 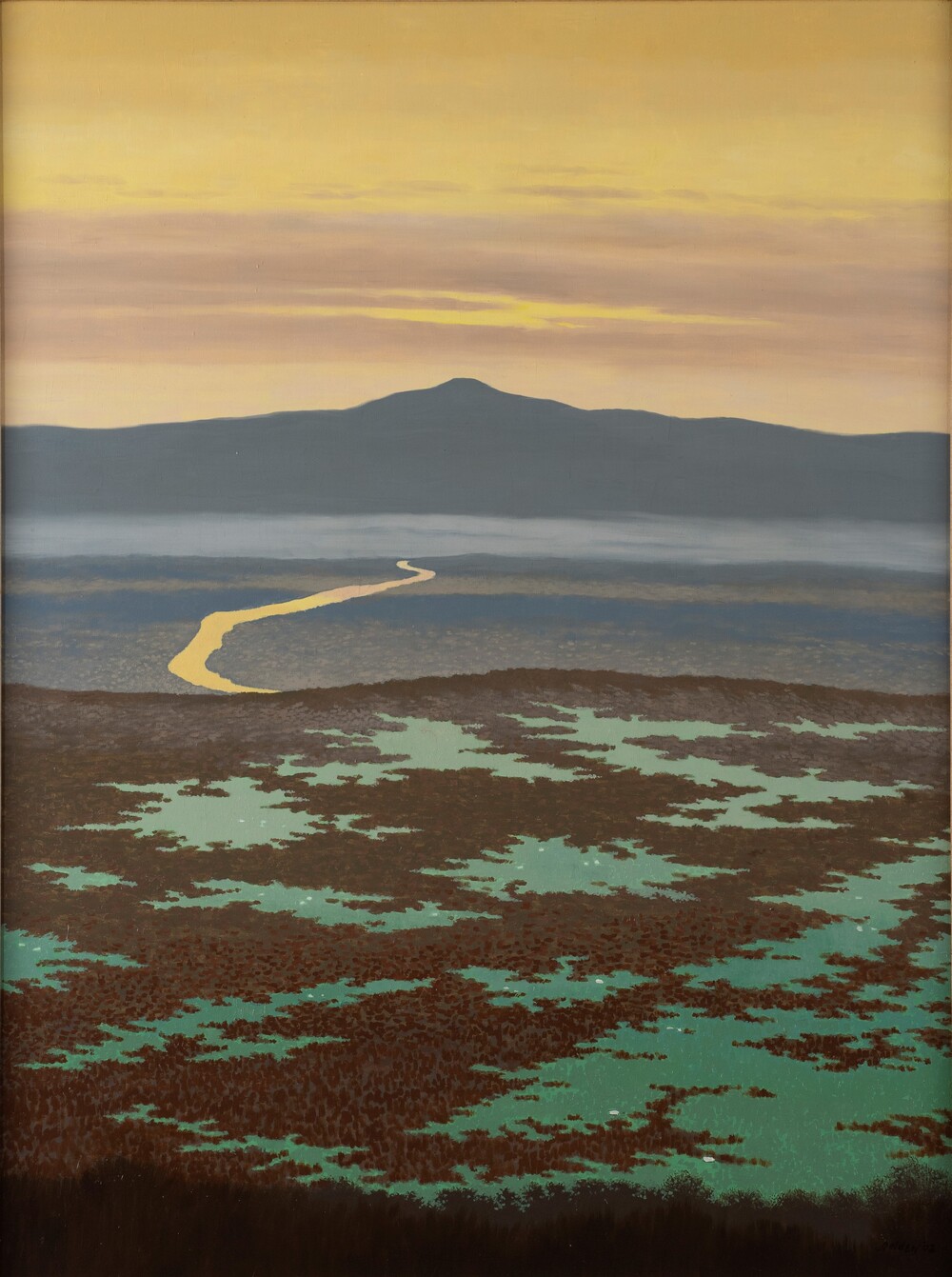 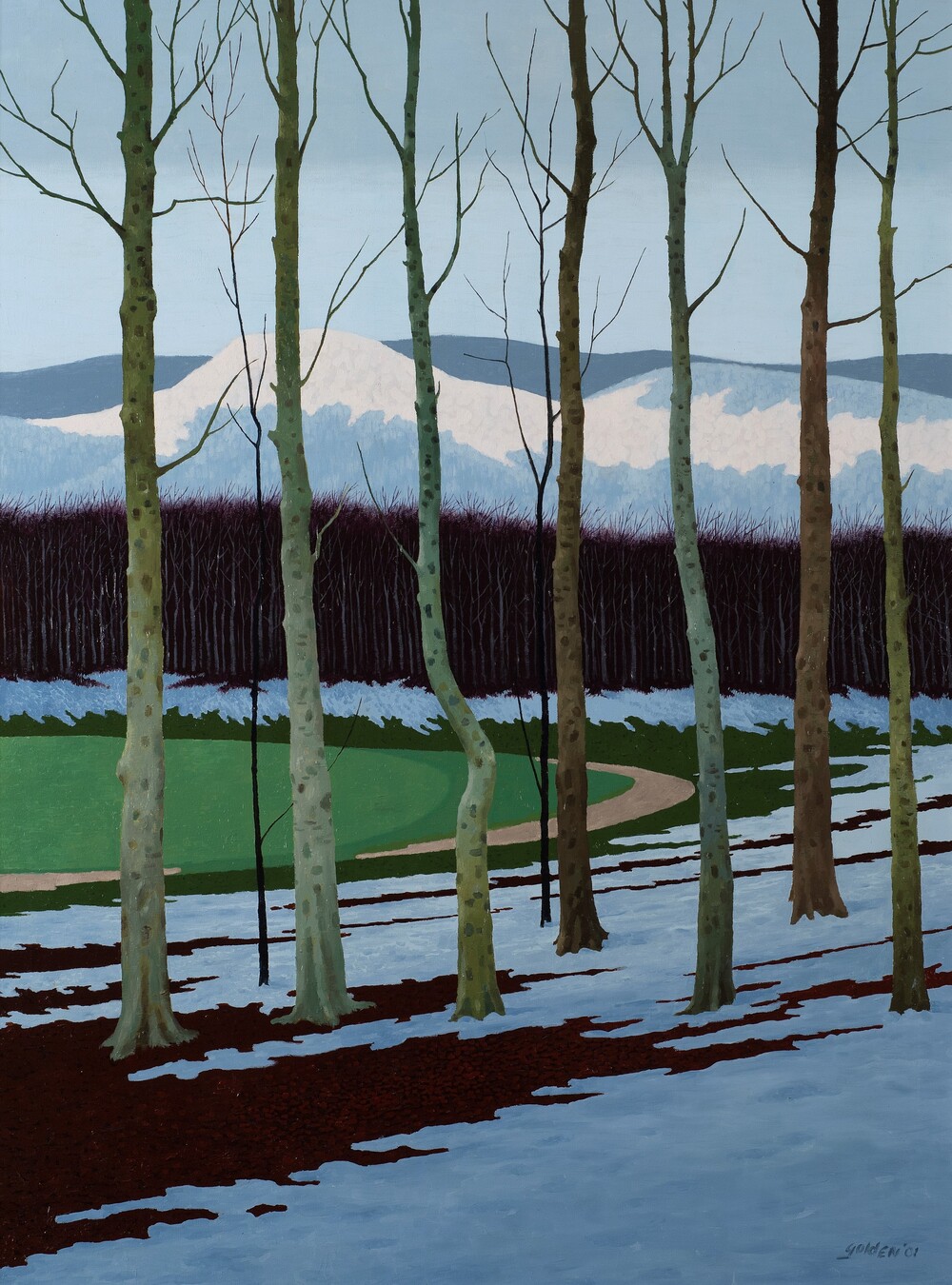 Melting Snow on the Back Nine 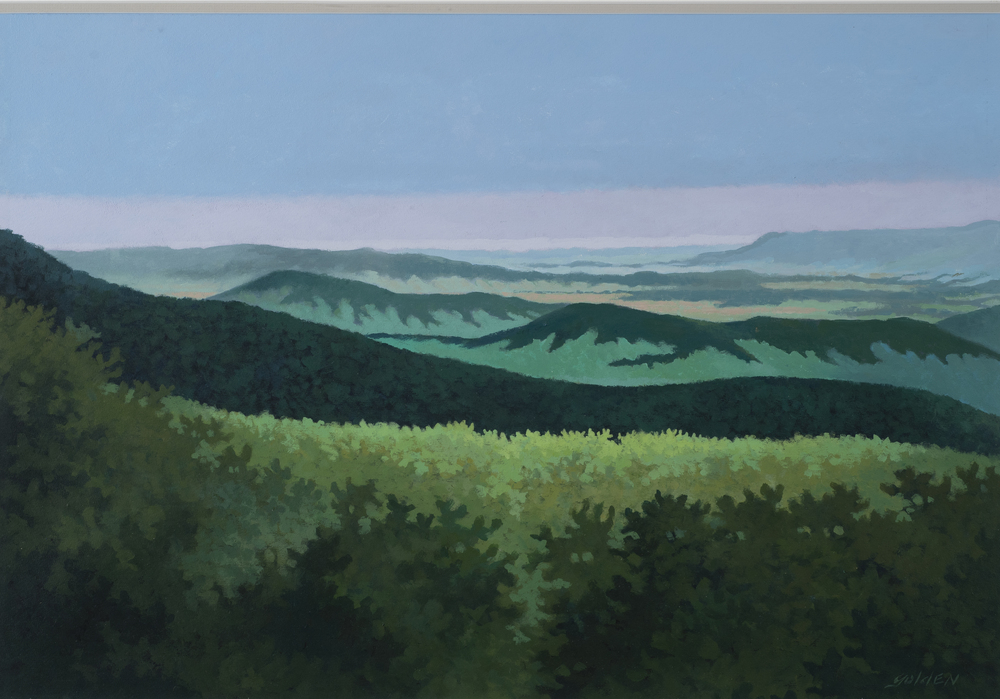 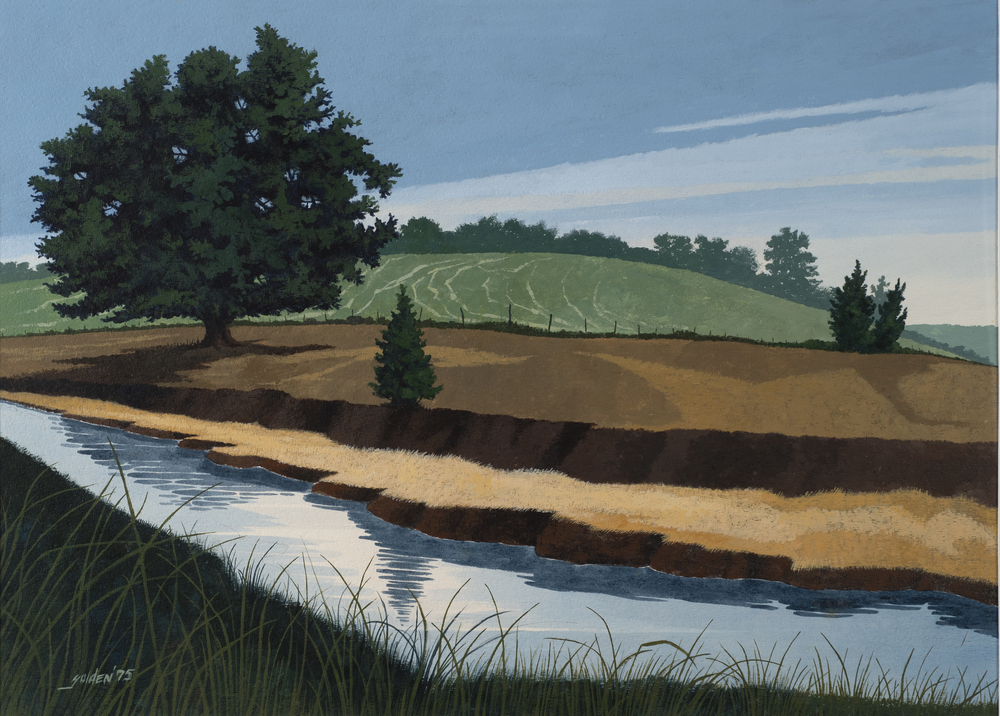 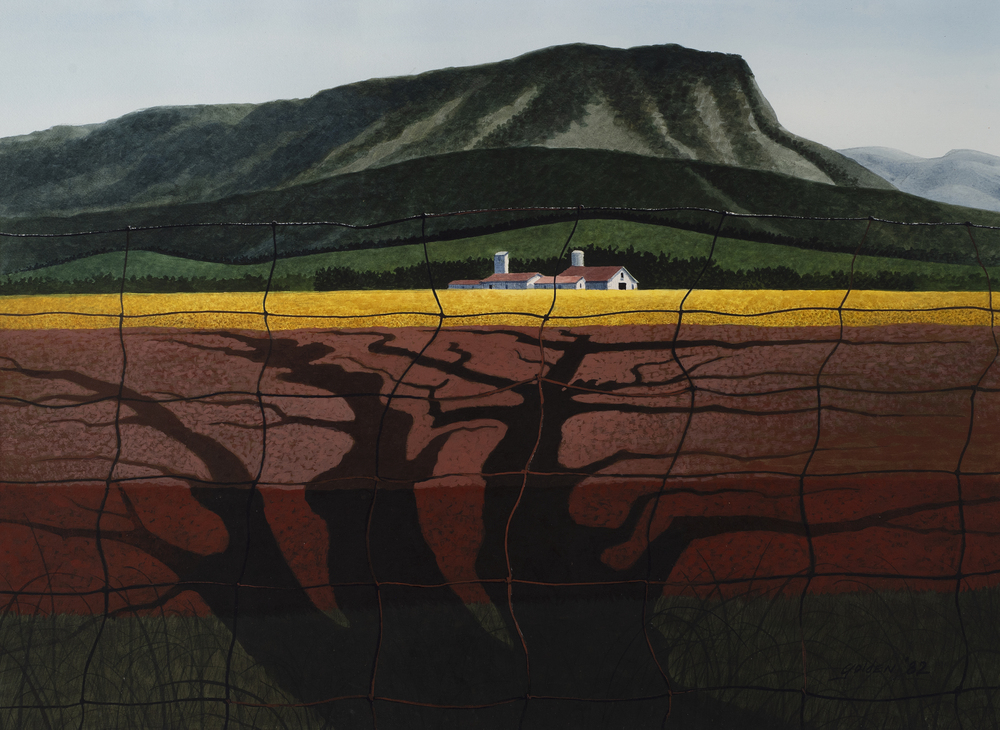 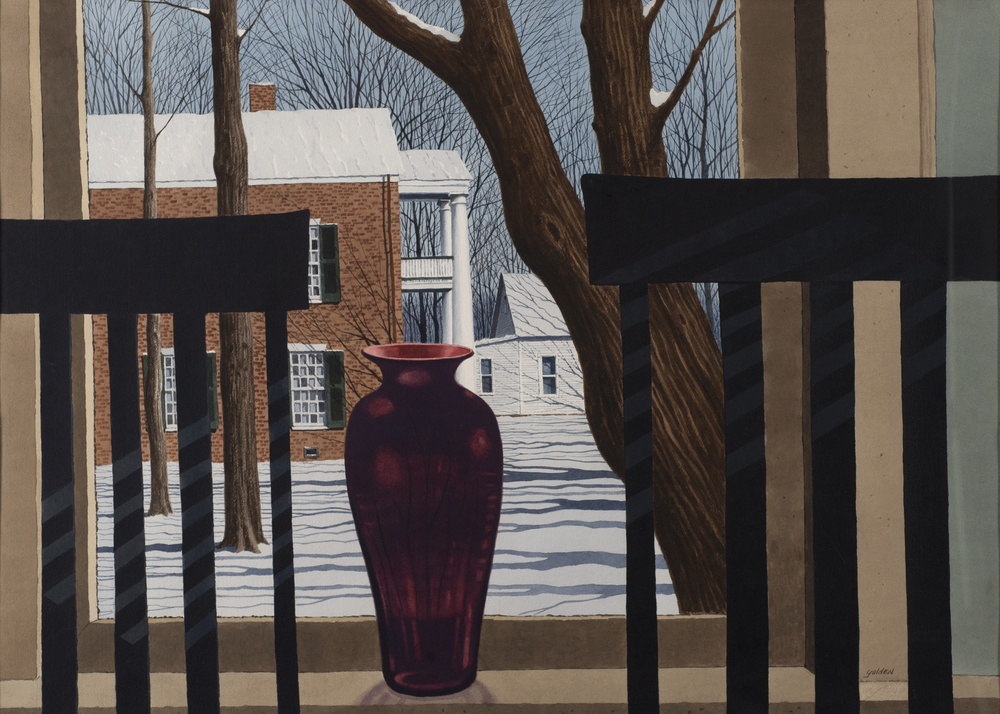 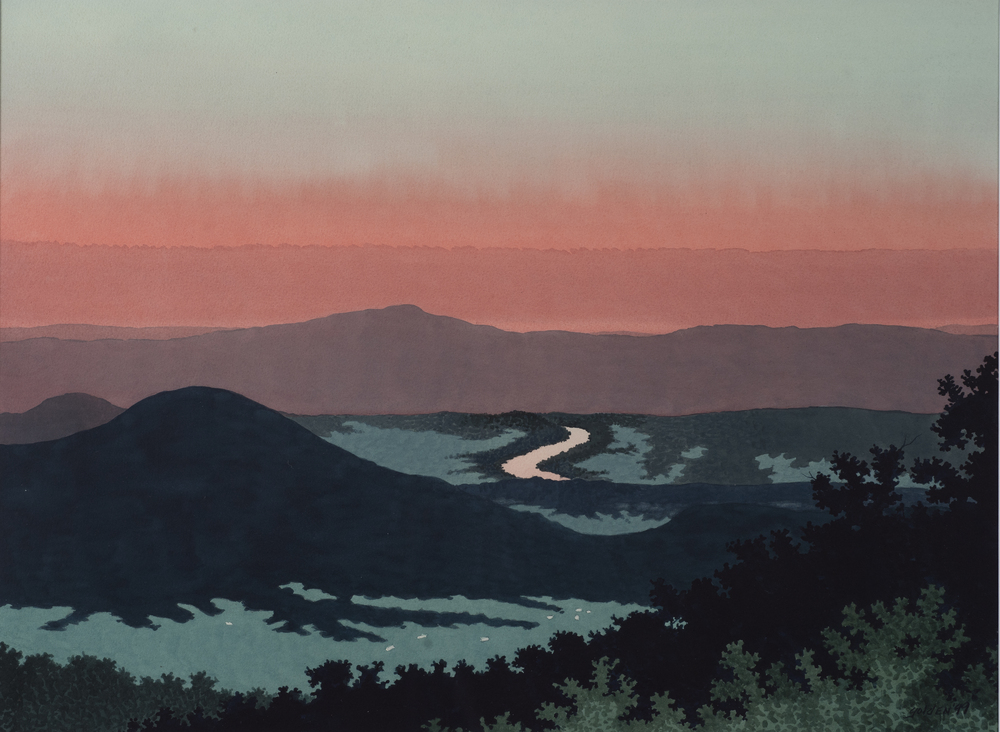 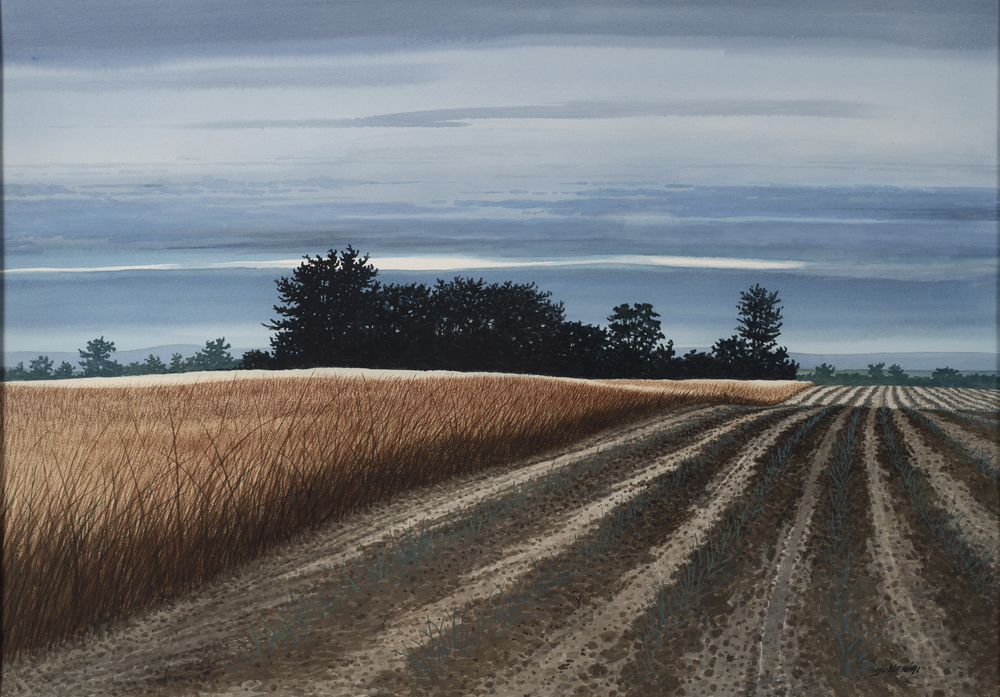 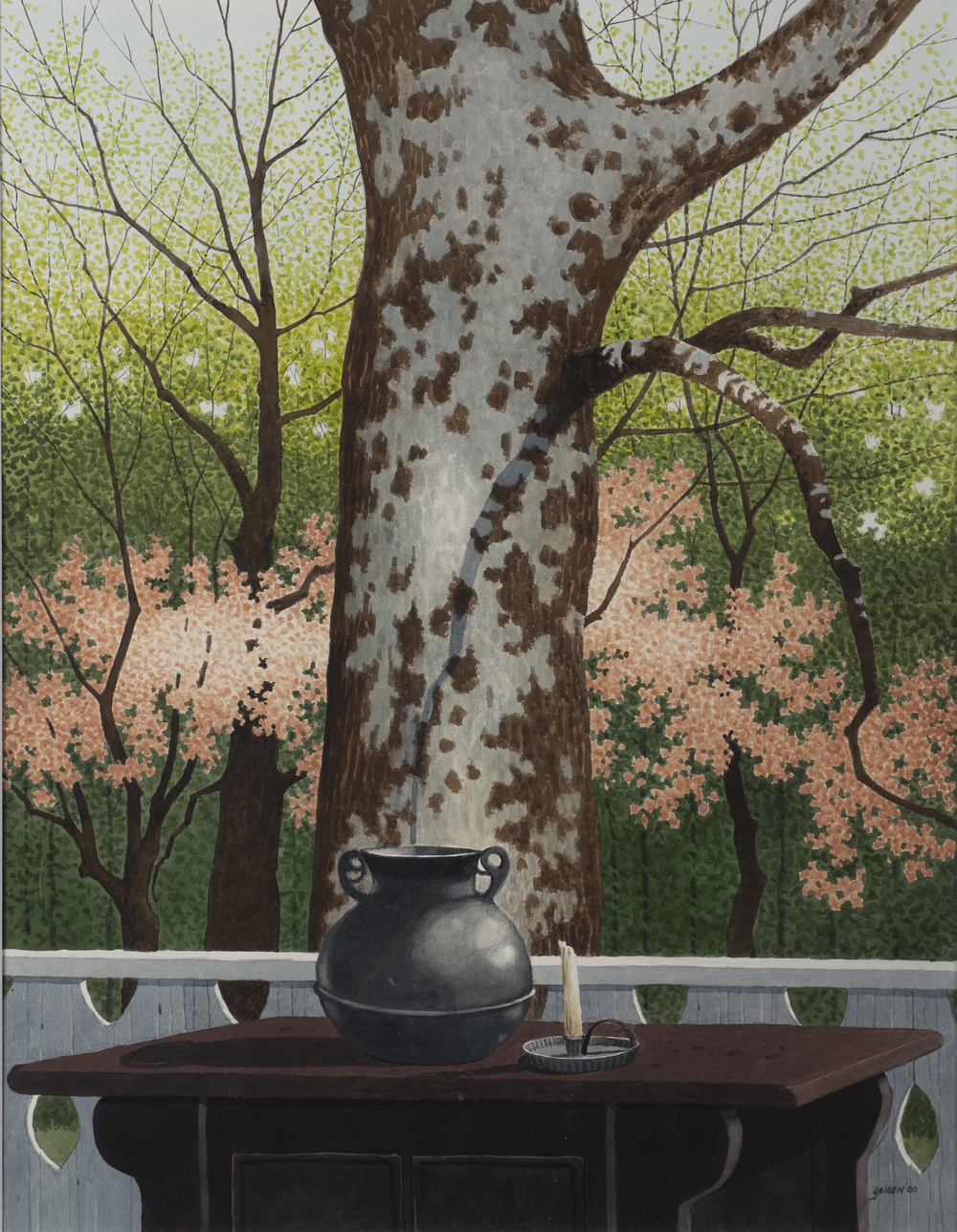 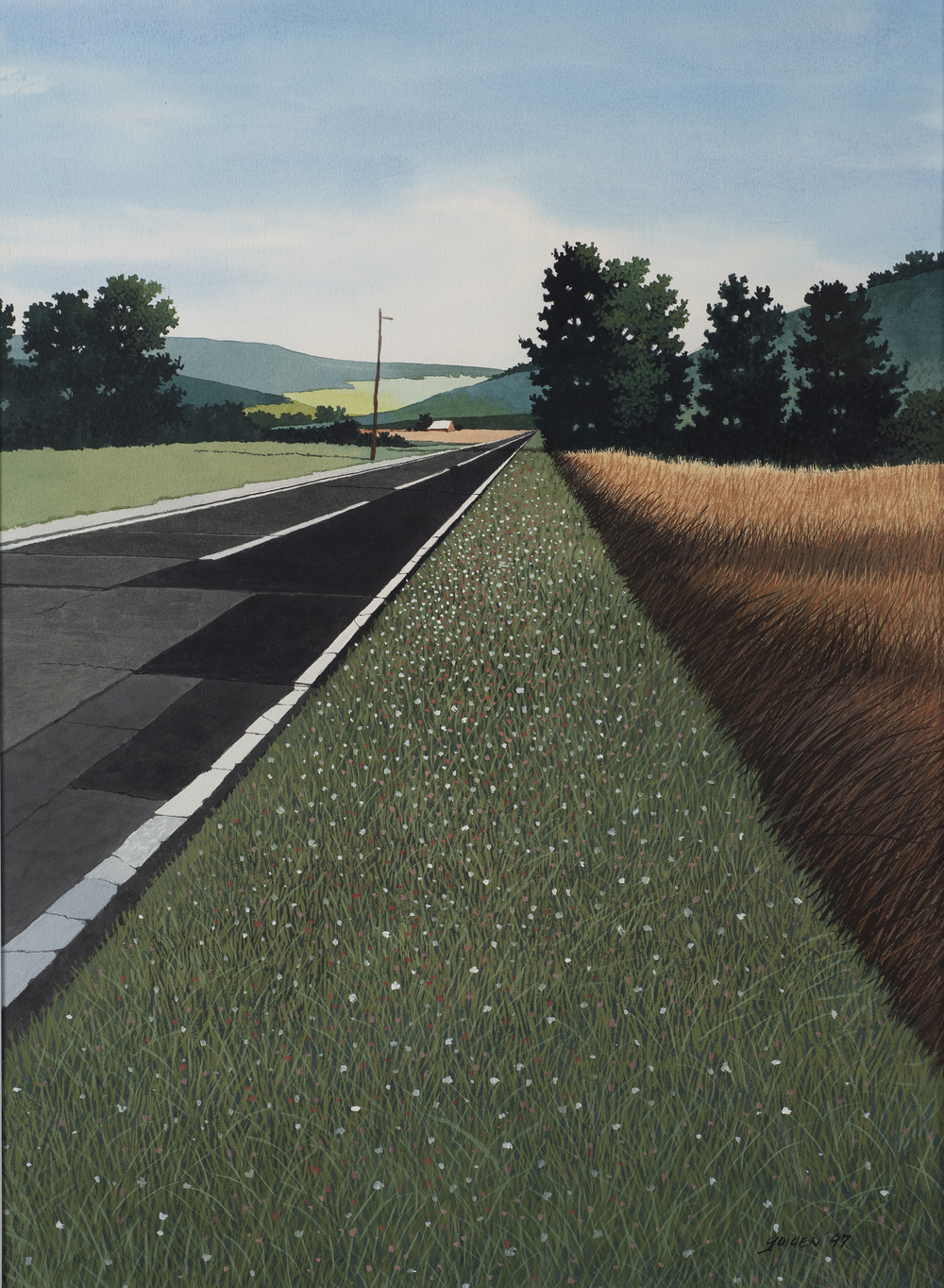 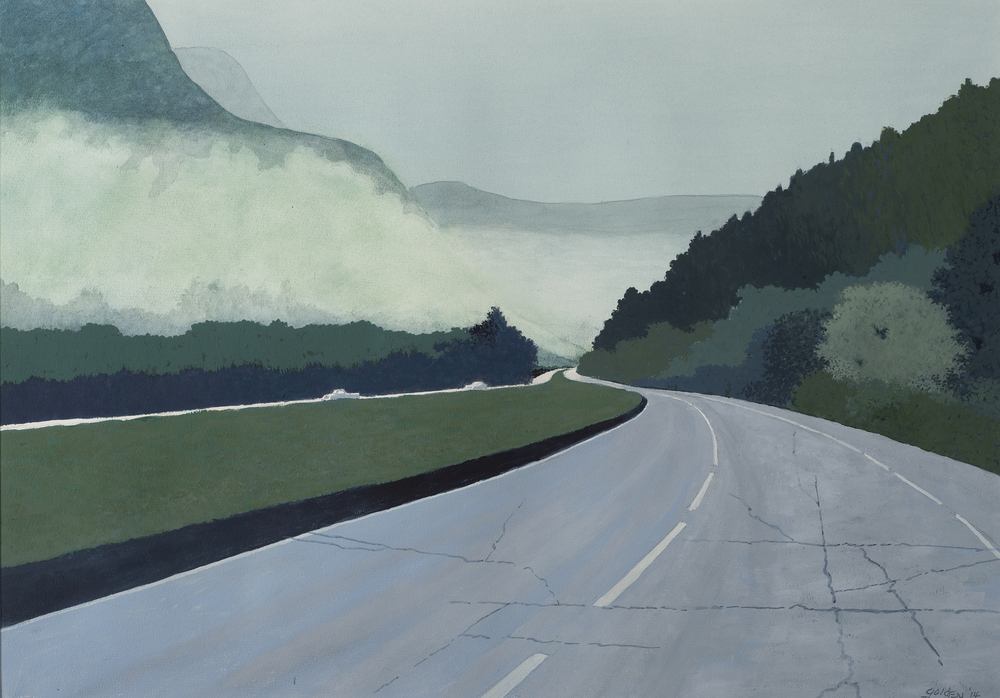 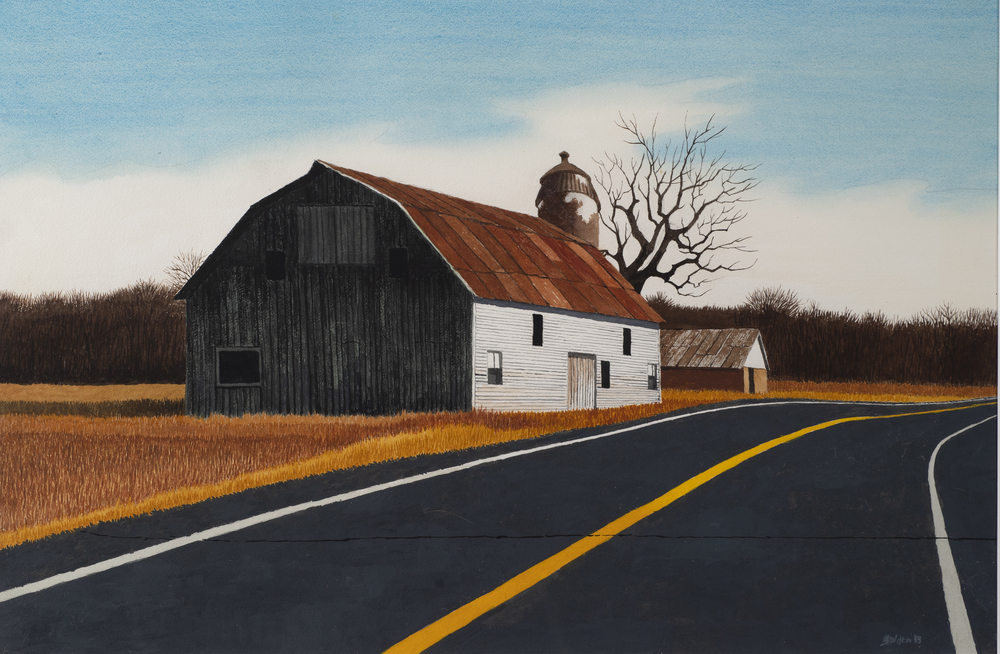 Sunlight on the Barn