Charlot was born in Paris in 1898. He showed an interest in art at a very early age. He studied at the Ecole de Beaux Arts in Paris but in 1922 moved with his mother to Mexico. While in Mexico he immediately became engulfed in the arts community in Mexico City and befriended Diego Rivera. During his time in Mexico, he began producing color lithographs and woodcuts of the Mexicans and their lifestyle.

Charlot was an avid teacher. He taught in Colorado Springs and in Los Angeles. During the 1930’s and 1940’s he taught at the Arts Student League in New York City where he focused his teaching on the true fresco technique. Charlot was a part of the artist-in-residence program at the University of Georgia in 1941. Lamar Dodd said, “If I were to pick from his many qualities on to be dominant, it would undoubtedly be his intelligence.” Charlot was an art teacher at Black Mountain College in 1944. In 1949, he moved to Hawaii where he finished his teaching career after 20 years at the University of Hawaii. 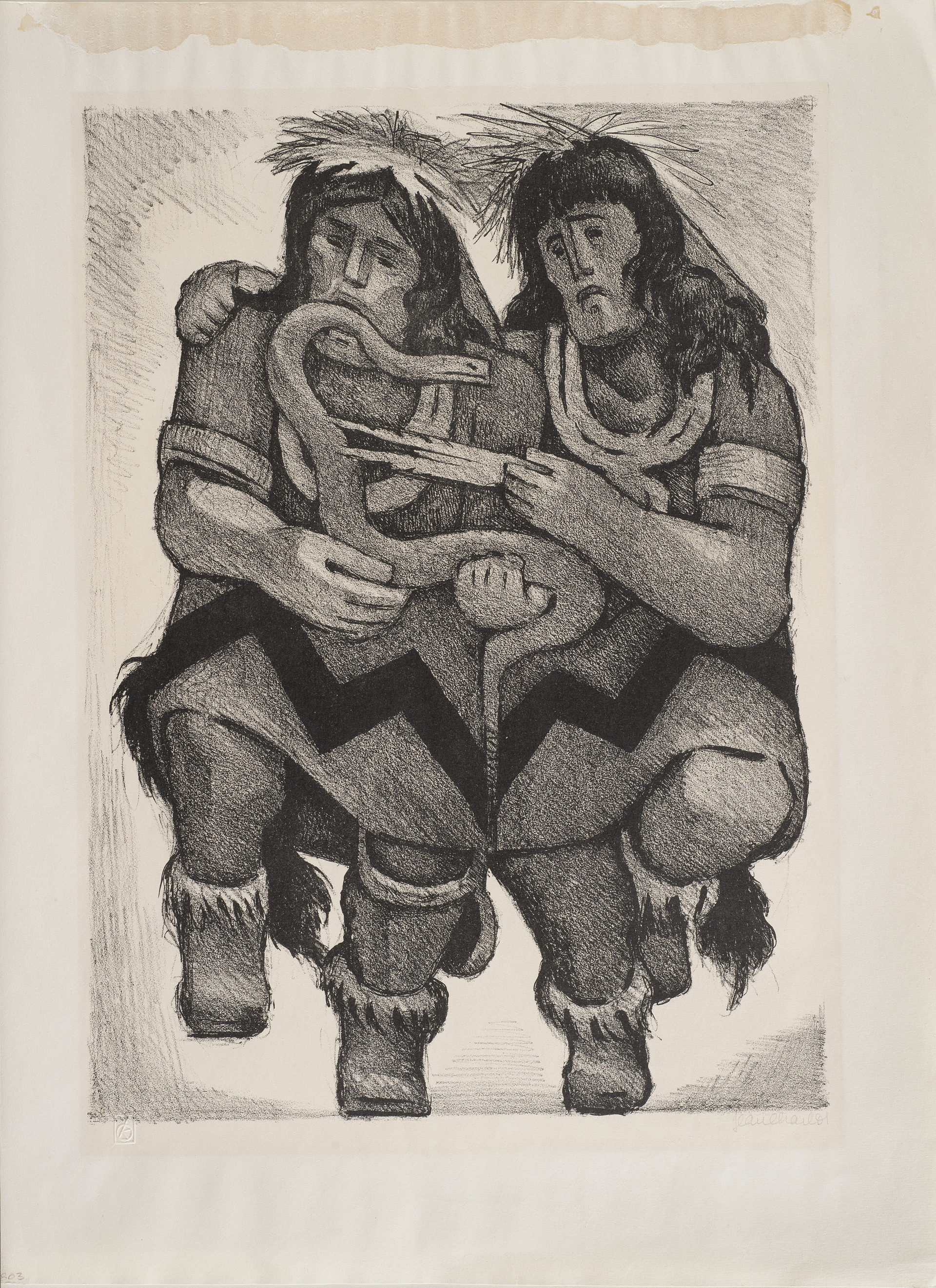