Coxe was born in Carlisle, Pennsylvania and spent the better part of his adult life in Louisville, Kentucky. He made his living as an illustrator and painter.

Caliman is considered the dean of African American artists in Louisville where he along with Fred Bond was a co-founder of the Louisville Art Workshop in the mid-sixties. The workshop closed in 1973.

Coxe was considered an abstract artist who was an innovator and produced an abundance of work with great variety in techniques, subject matter and materials over his forty-year career. He was well known for producing his own paint and frames.

He exhibited: Europe Rome and Sicily, National Exhibition of Black Artists in 1971q at the Smith-Mason Gallery of Art, Washington, DC. (Painting exhibited was titled “Miscegenation” and the Filson Historical Society in Louisville, Kentucky in 2017.

He received the Kentucky Governor’s Award in the Arts in 1987 for his many years promoting young artists and establishing groups/organizations that promoted the Fine Arts of the region.

** This large-scale work from the extensive “Exodus” series uses an electric “POP” palette and dense, meticulous layering to create a cosmos of color on the canvas. 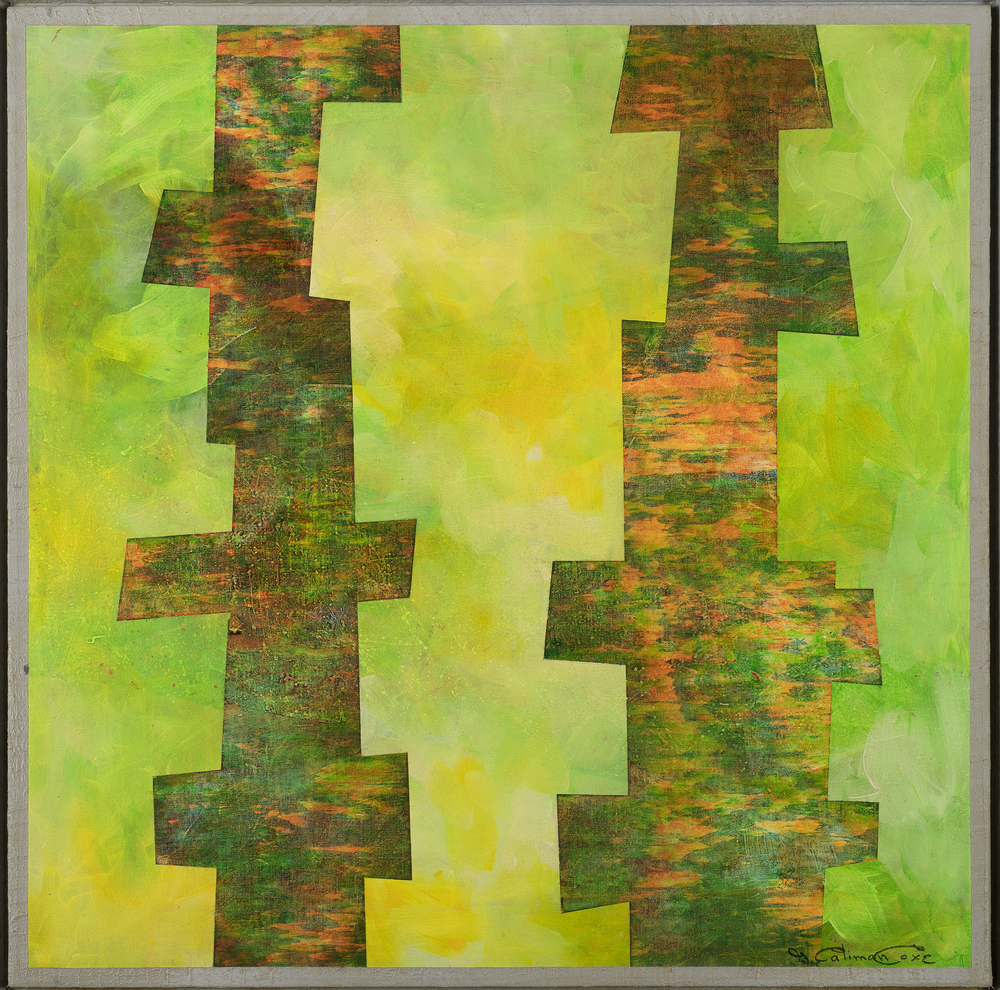