Holzhauer was born in Schwabisch-Gmund Germany. He and his family arrived in New York in 1906. Emil studied in New York with Robert Henri and taught at the Chicago Art Institute from 1921-1942. He moved south in 1940 to teach art in Asheville, North Carolina, at the Asheville School for Boys before moving to Wesleyan College in Macon, Georgia in 1942. Holzhauer taught at Wesleyan until 1953 and then retired to Niceville, Florida.

His teacher Robert Henri led Holzhauer to adopt an Ashcan style of realism and with bold colors which influenced his art for the rest of his life. As he evolved as an artist his paintings became more architectural with dynamic angles.

In 1930, Holzhauer won the prestigious Logan Medal at the Tenth International Exhibition at the Art Institute of Chicago. He exhibited at the Art Institute of Chicago, The Pennsylvania Academy of the Fine Arts in Philadelphia, Pennsylvania, The Corcoran Gallery in Washington, D.C., The Whitney Museum of Art and The Metropolitan Museum in New York City.

He is included in the Permanent Collections of the Art Institute of Chicago, Whitney Museum in New York City, The High Museum in Atlanta and the University of Georgia in Athens, Georgia to name a few.

Holzhauer died in Niceville, Florida in 1986. 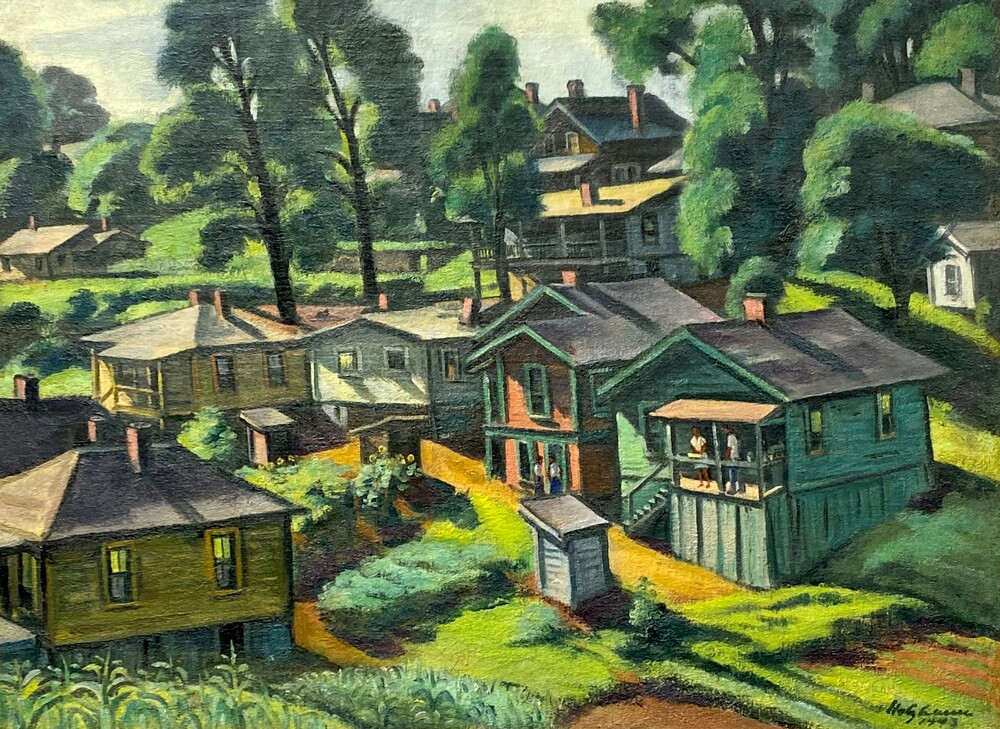