Victoria Huntley was born in Hasbrouck Heights, New Jersey in 1900. Huntley studied art at the New York School of Fine and Applied Art and at the Art Students League with George Bridgeman, George Luks, John Sloan and abstractionist Max Weber.

She was best known as a printmaker and in the 1940’s produced a series of lithographs of the Florida Everglades (four of which are shown here). Victoria’s prints are in the collections of the Pennsylvania Academy of the Fine Art, Philadelphia, Library of Congress, Washington, D.C., Art Institute of Chicago, Illinois, Metropolitan Museum of Art and the Boston Museum of Art, Massachusetts.

Over the course of her career, she was honored with many awards, including a grant from the American Academy in 1947 and The Institute of Art and Letters in1948 with the John Simons Guggenheim Fellowship.

She was an Art Educator as a teacher, lecturer and writer and also conducted workshops all over the country. 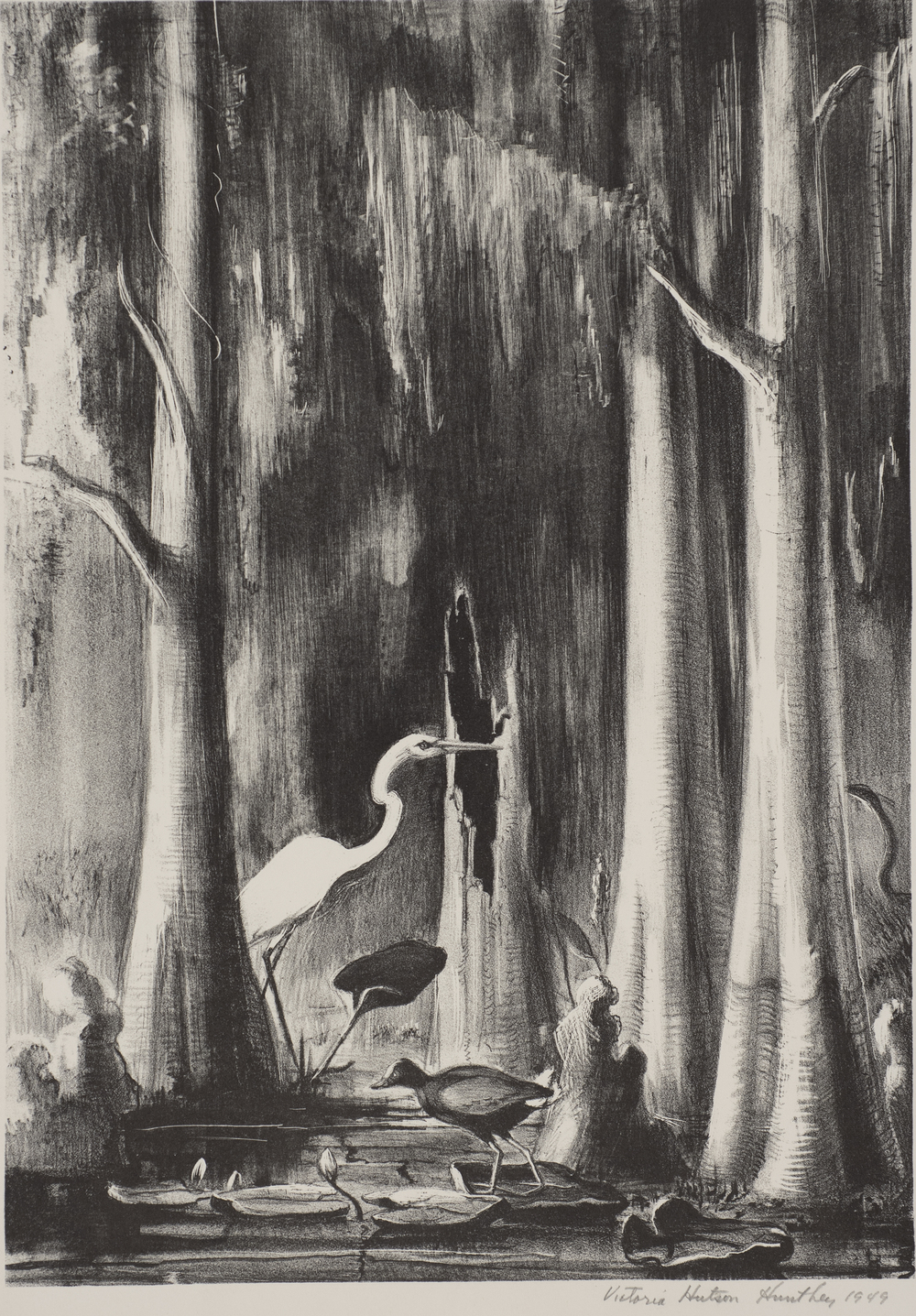 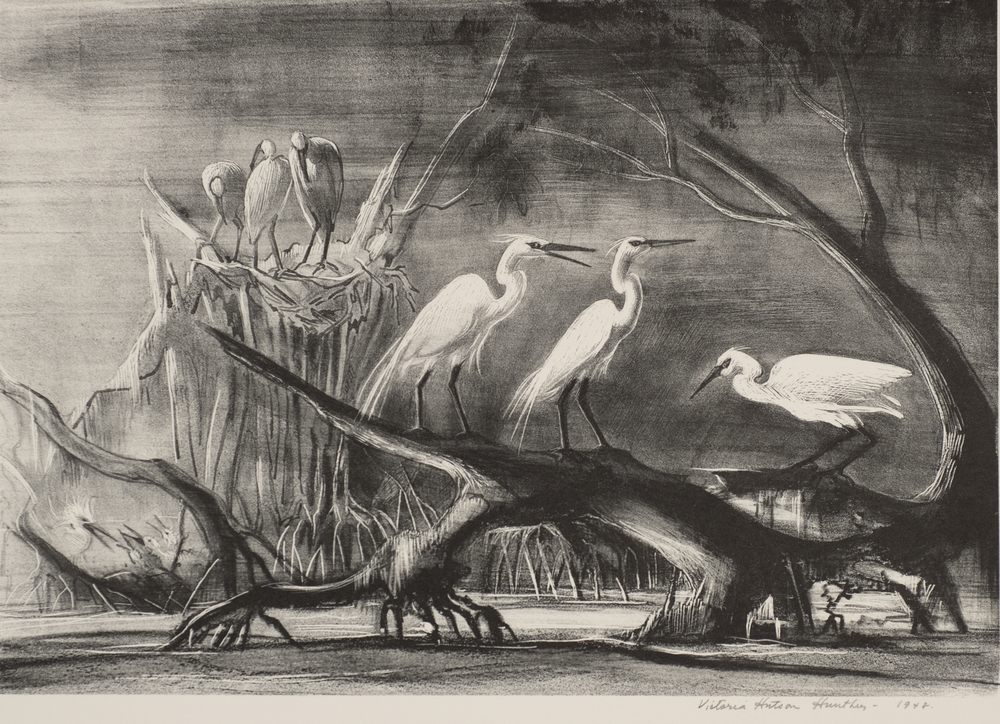 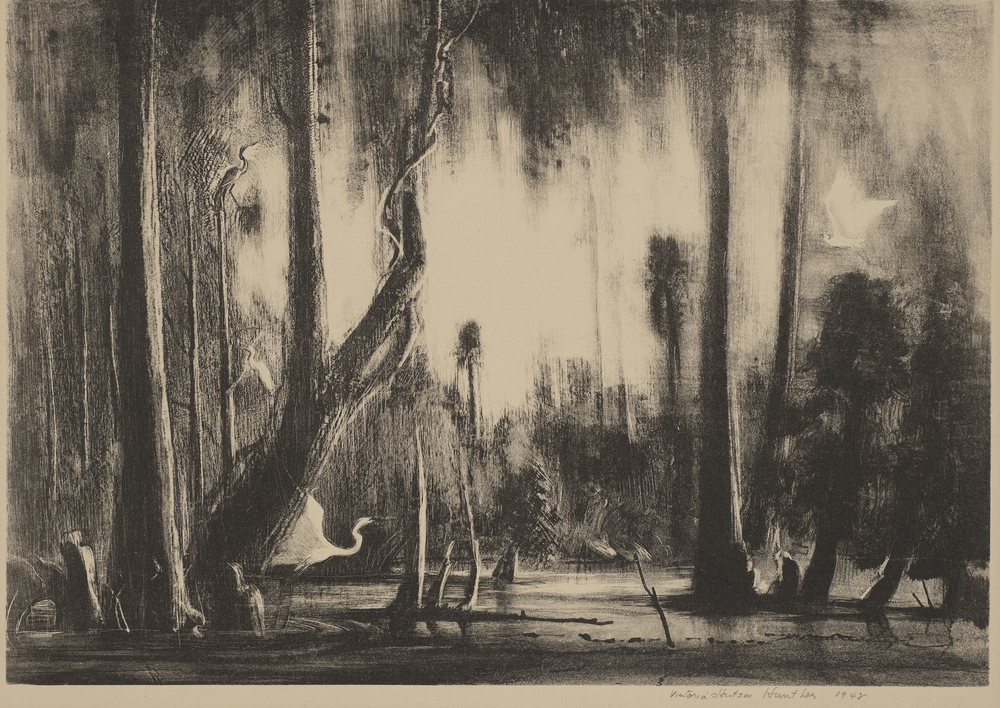 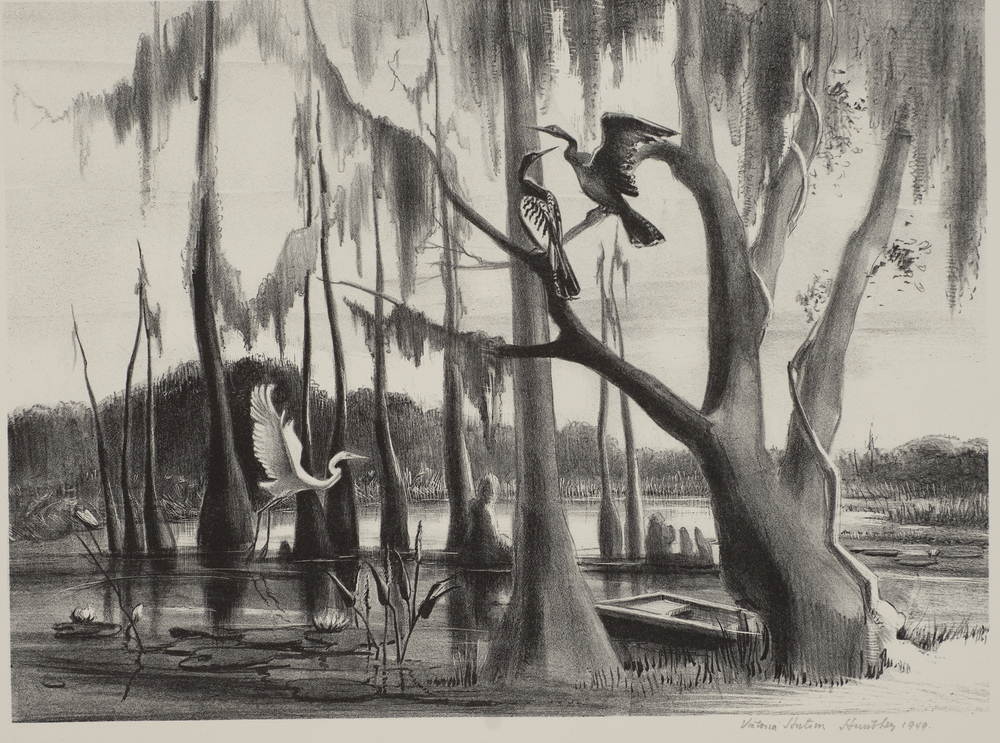 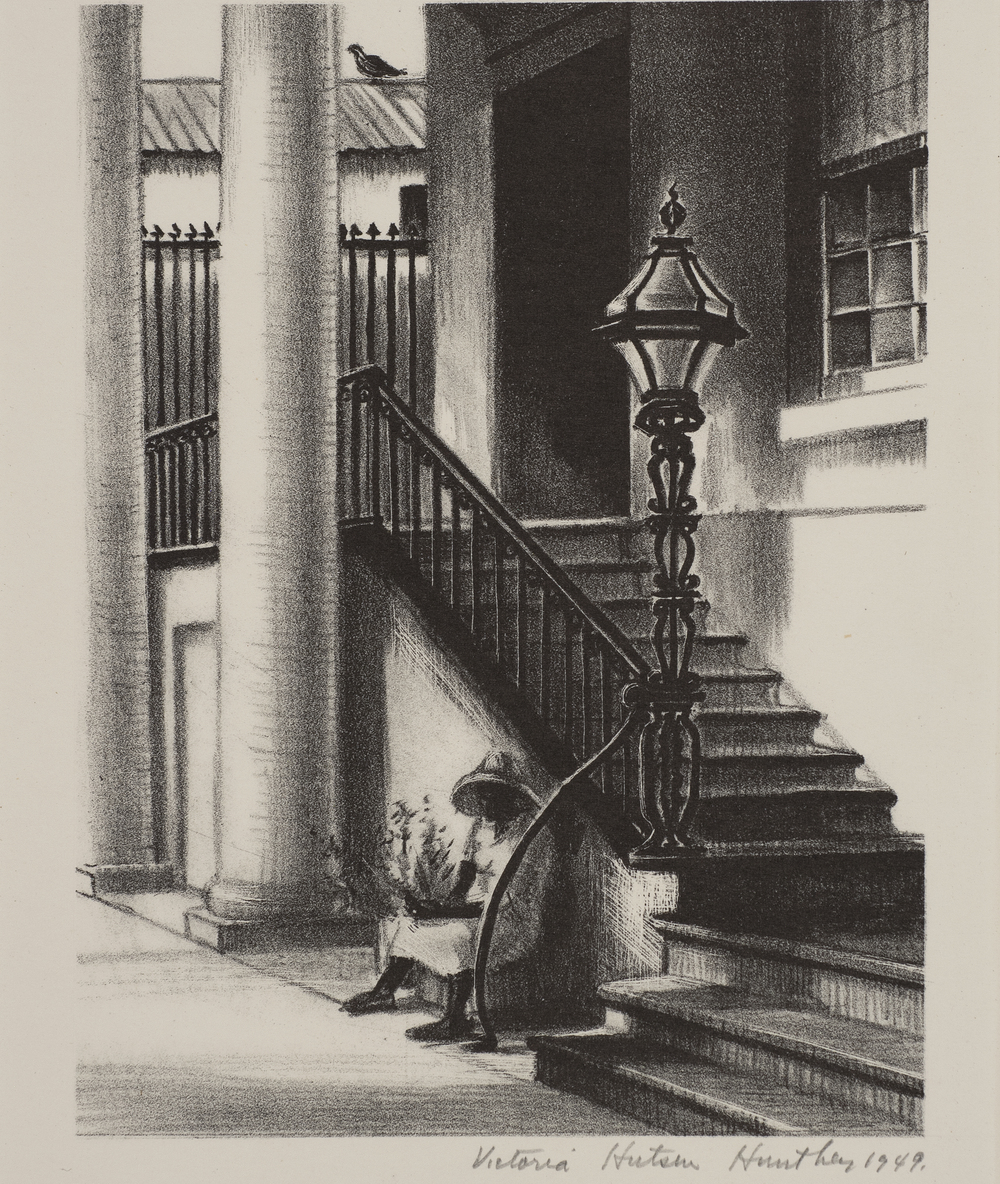 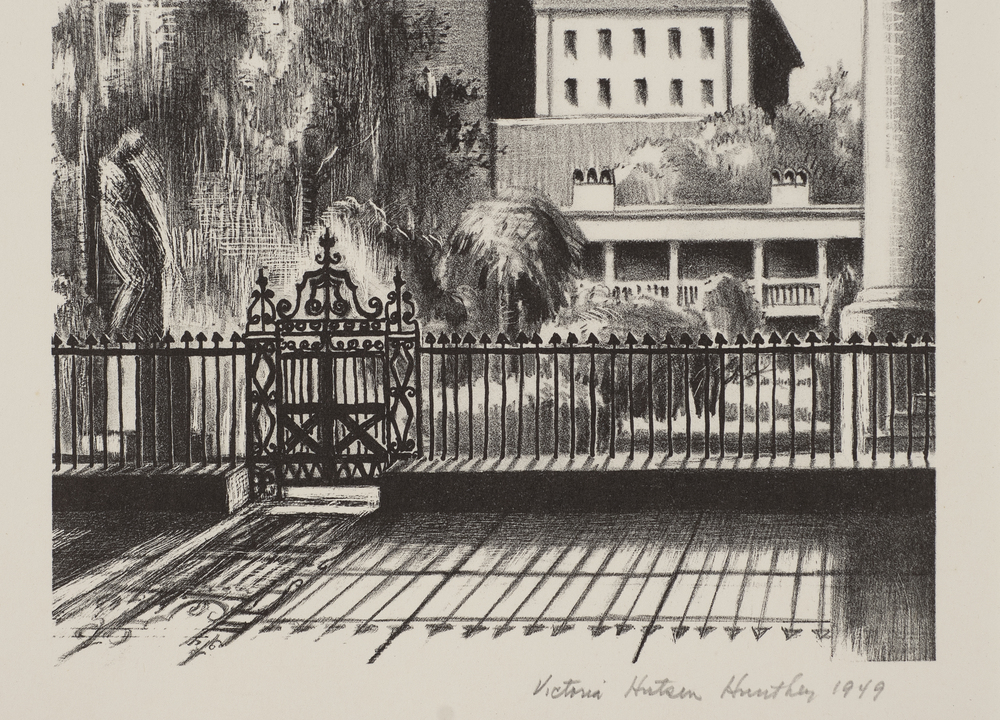