Jones was born in Georgetown, South Carolina in 1913 and moved to Atlanta, Georgia in the 1920’s where he met and was inspired by Hale Woodruff. After graduating from high school, he entered Clark University and later transferred to the Britt School of Art in Atlanta. Jones was given an opportunity to Study at the Art Instiute of Chicago with George Neal, the first African-American to teach at the Institute. He later befriended Eldzier Cortor and once in the Navy became friends with Hughie-Lee Smith.

Jones figures were influenced by Cortor’s African abstraction look. Jones paintings often told stories and were romantic in style. One of his favorite subject matters was the female form (as shown in the painting here). His style was similar to Smith’s as he became known as an American Surrealist.

He can be found in the permanent collections of Atlanta University, Atlanta, Georgia, Evans-Tibbs Collection, Washington, DC, and the Georgia Museum of Art, Athens Georgia. 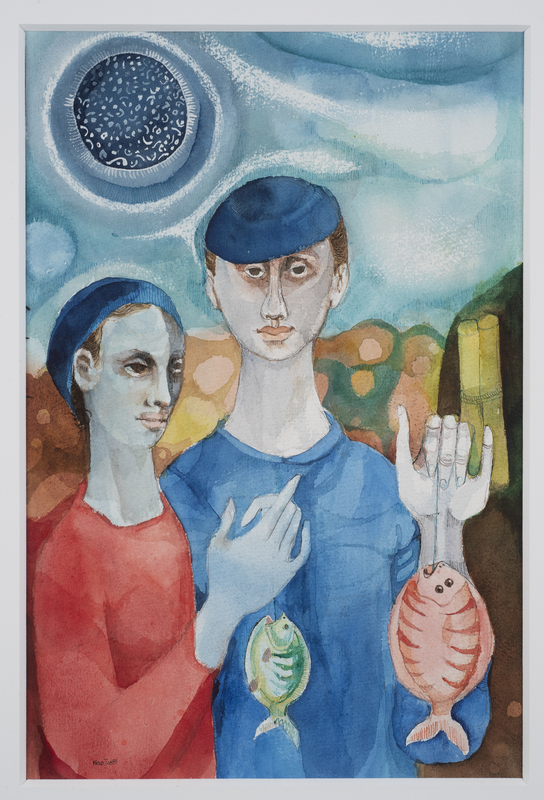 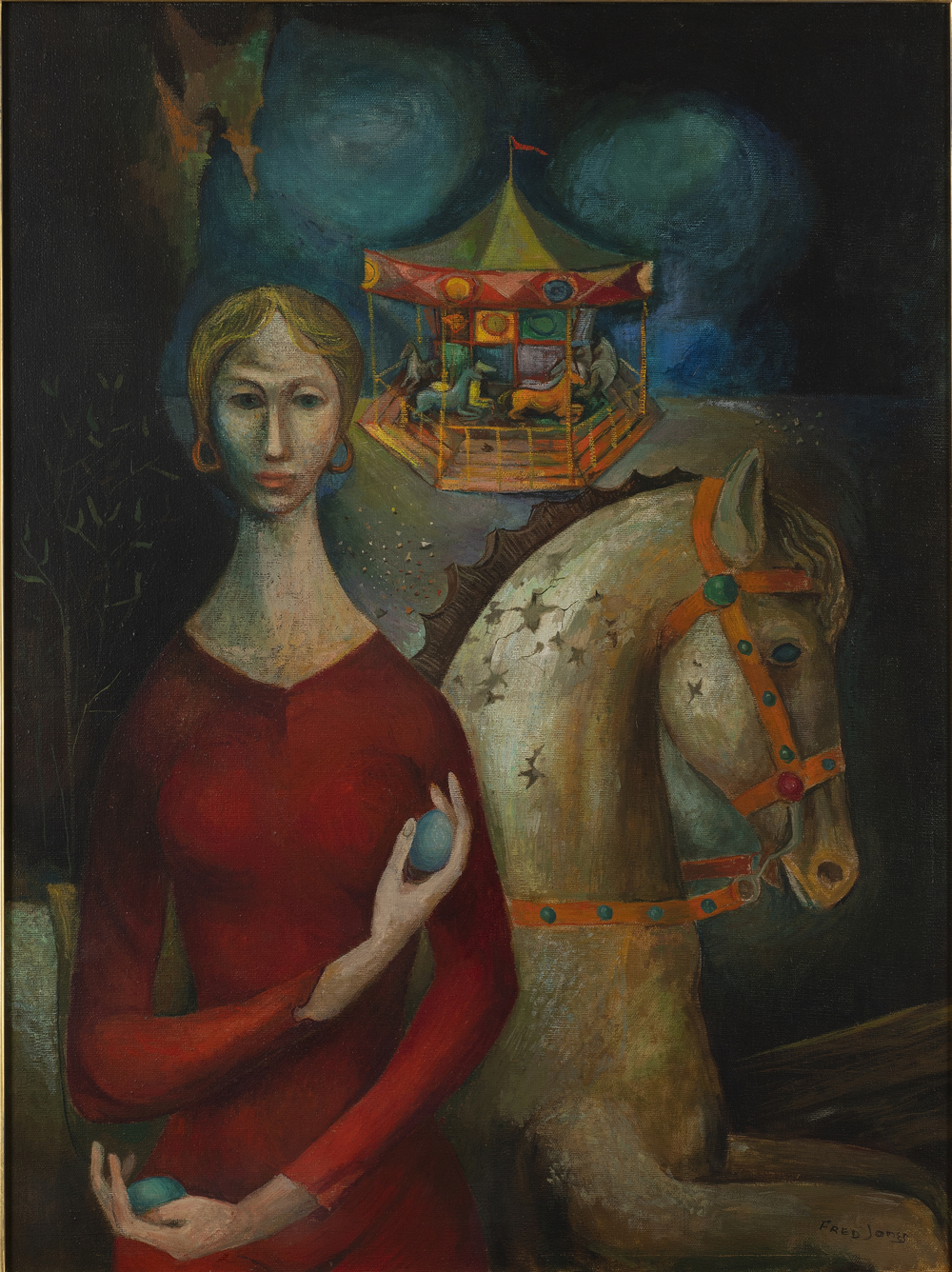