Wolf Kahn was born in Stuttgart, Germany in 1927. In 1939 his family was separated by the impending War and he was sent to Cambridge, England. A year later he was reunited with his father in New York City. Kahn studied art in the New York School system graduating in 1945. After serving a brief tour of duty in the U.S. Navy. He began his studies with Hans Hoffman at Hoffman’s school of Art in New York City (1947-1949) of all his teachers Mr. Hoffman had the most influence on Wolf’s work.

The unique blend of realism and formal discipline of Color Field painting set Kahn’s work apart. Wolf is an artist that exemplifies a blend of artistic traits - the modernist abstract training of Hans Hoffman, the palette of Matisse, Rothko’s broad bands of color, and the atmospheric qualities of American impressionism. The fusion of color, impulsiveness and representation has produced a rich and expressive body of work. Kahn use of color has made him one of the most highly regarded colorist in America today.

The works included here are pastels from the early years (“Vase Against a White Backboard (1956) all the way up to “Looking Through to New Hampshire” which was a view he saw every time he looked out the window in his living room (2005).

Wolf Kahn has received a number of awards including a Fulbright Scholarship in 1962, a John Simon Guggenheim Fellowship in 1966, and an Award in Art from the Academy of Arts and Letters in 1979. Wolf received a Life Achievement Award from the National Academy in 2006, as well as the University of Chicago Outstanding Alumni Professional Achievement Award in 2012. 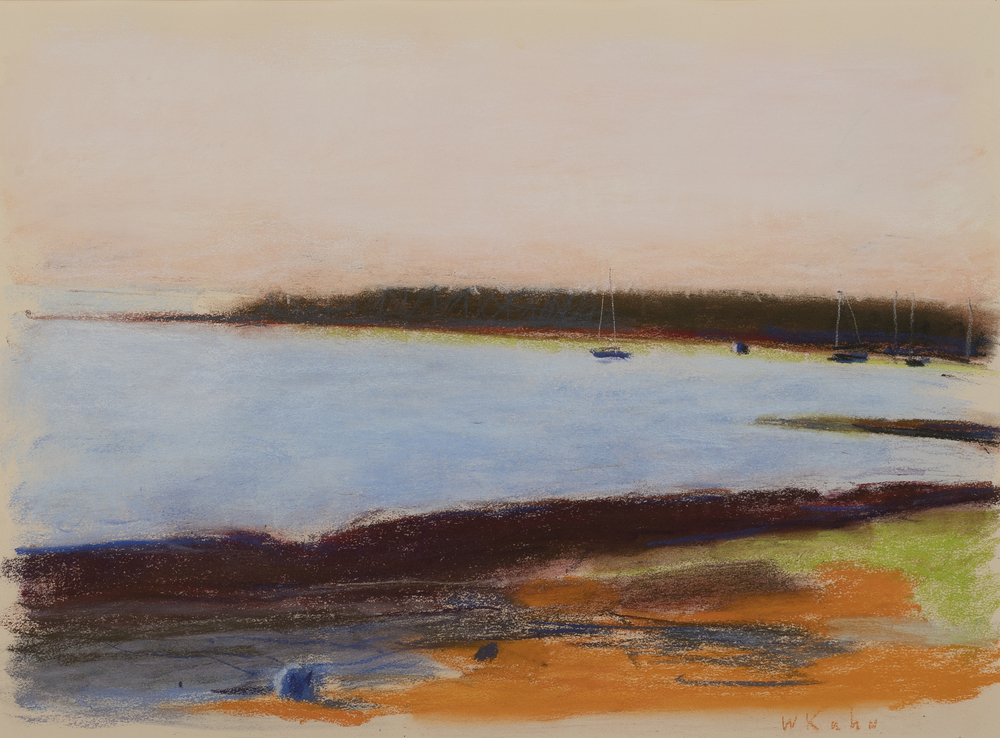 From the Shore of Rock Garden Inn