Knight was born in Barbados in 1913. Her father died when she two years old and in 1920 she moved to New York with her foster family. Knight studied at Howard University School of Fine Arts for two years (1930-32) before she withdrew for financial reasons. Knight returned to New York where she took classes at the Harlem Community Center and met sculptor Augusta Savage. Savage believed in her and helped her gain financial means as an artist for the Works Progress Administration. Knight was a painter of portraits, dance figures, and landscapes. She was also a sculptor.

In addition, Knight met her husband Jacob Lawrence while at the Harlem Community Center. The Lawrence’s were invited to the Summer Session of 1946 where Gwendolyn taught Informal Dance. Knight considered her career secondary until his death in 2000. Her first retrospective was held in 2003 at The Tacoma Art Museum. Knight’s works can be found in museums and in private collections around the country. 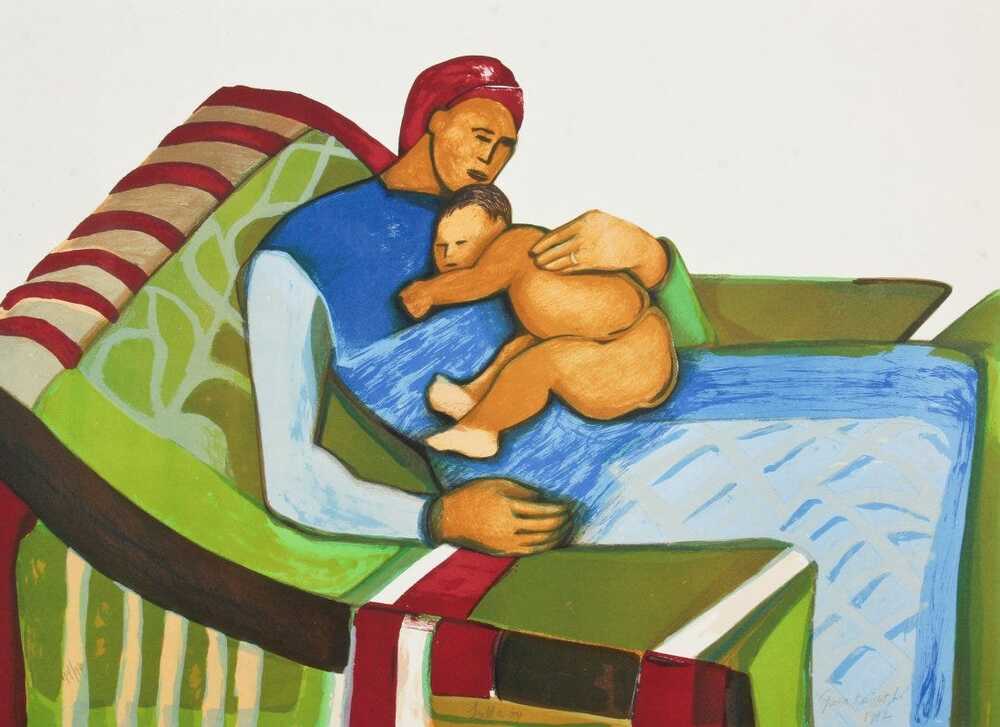