Newman was born in Richmond, Virginia, and grew up in Clarkesville, Tennessee about fifty miles from Nashville. He had little formal training apart from his time in 1850 studying with Thomas Couture in Paris where he learned the style known as Barbizon (Barbizon characteristics are its tonal qualities, color loose brushwork, and softness of form. The style maintains a realistic look, but with a romantic tone). The figures seem to be floating in the landscape. (See painting “Two Lovers”) Neman’s themes revolved around figures which usually over shadowed their muddy landscape settings. He returned to France in 1854 where he meet Jean-Francis Millet one of the most important Barbizon painters who helped him to refine his technique.

Exhibited:     The National Academy of Design (New York City) “Little Red Riding Hood”, The Pennsylvania Academy of the Fine Arts in 1900 (Philadelphia, Pa) “Mother and Child” and “The Letter”, Paris International Exposition in 1900 Paris , France “Christ Stilling the Tempest” and a Sole Exhibition in 1894 at Knoedler Gallery (109 of his pictures exhibited by his friends to glowing reviews)

** The painting “The Lovers” was in the National Collection of Fine Art Smithsonian Institution, Washington, DC 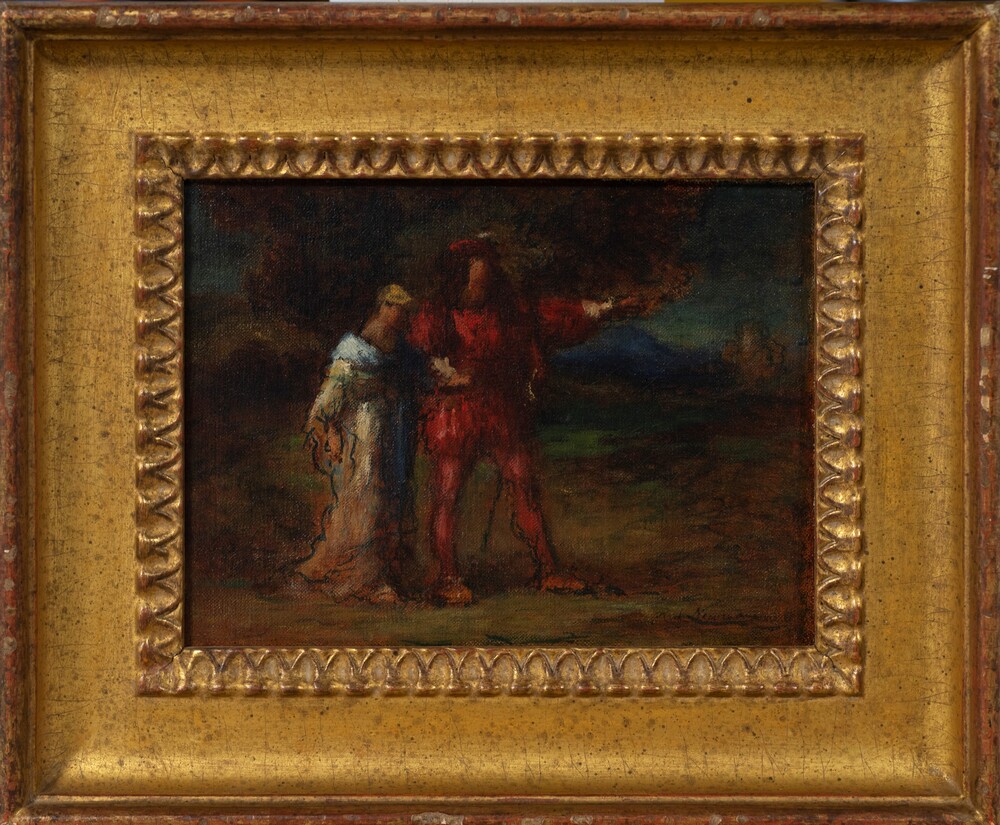