Mary Tannahill who was born in Warrenton, North Carolina and was known for her white-line woodcuts. She studied woodcut printing under Blanche Lazzell a close friend during her time in Provincetown, Massachusetts. Tannahill was also a painter of miniatures alone with batik and embroidery.

She exhibited in the Panama-Pacific International Exposition of 1915 in San Francisco, California; and in New York City at the Society of Independent Artist in 1917, 1922, and 1925. Tannahill also exhibited at the New York Society of Women Artist 1917 and 1925.

Tannahill’s work was included in an exhibition in 1986 at the Greenville County Museum of Art in Greenville, South Carolina called “Eight Southern Women Artists.” 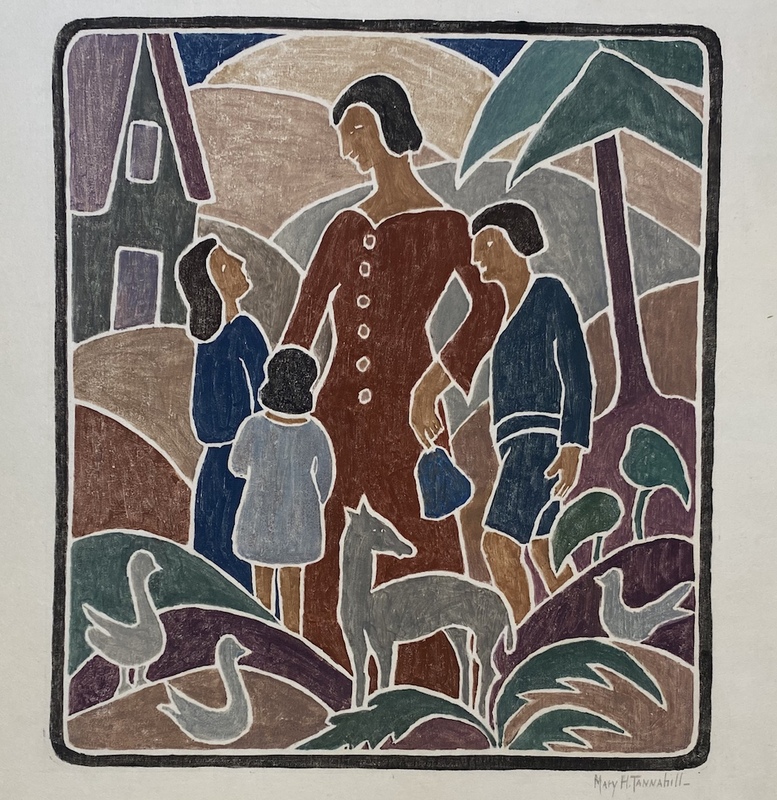